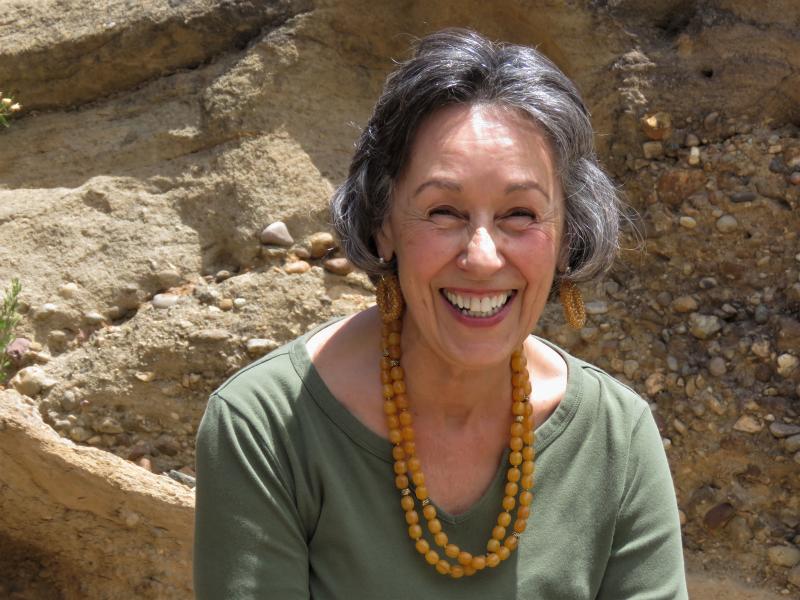 Rhenna St. Clair is the author of Getting New Mexico, a novel set in Santa Fe and Nambe areas. Getting New Mexico debuted in November 2019 from Linden Publishing/ Pace Press in California and was recently reviewed in The Denver Post. St. Clair is in the final stages of writing another manuscript, West Coast, a crime novel set in Portland, Oregon and San Francisco, and is working on a third, Lost Forever.

Rhenna St. Clair is a native of Portland, Oregon and 1967 graduate of Portland State College. After raising her children in Fresno, California she resided briefly in New Hampshire and arrived in Santa Fe, New Mexico in 1992. Fascinated by the beauty of the land and its history, the archaeological sites and the mix of cultures she was hooked, and “can’t imagine living anywhere else”.

St. Clair later returned to Portland and received a master’s degree in Chinese medicine from Oregon College of Oriental Medicine in 2000.  In 2001 she established her acupuncture, Chinese herbal therapy and alternative health care clinic in Farmington, New Mexico, where she resides.

The mother of three children, grandmother of four and great-grandmother of one, Rhenna St. Clair is a juried artist as well as a writer. She paints in oil whenever she needs a break from writing. Over the years she has traveled in India, China, Burma (Myanmar) and other parts of Asia as well as Europe. Wandering around England is a special favorite, but she describes her travels throughout the grandeur of the United States as “the best of all”.

This feature require that you enable JavaScript in your browser.
END_OF_DOCUMENT_TOKEN_TO_BE_REPLACED

This feature require that you enable JavaScript in your browser.
END_OF_DOCUMENT_TOKEN_TO_BE_REPLACED

This feature require that you enable JavaScript in your browser.
END_OF_DOCUMENT_TOKEN_TO_BE_REPLACED