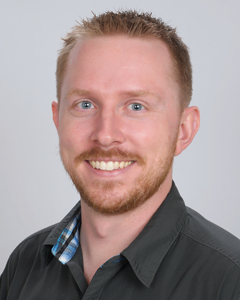 Kyle Tolle has been creating stories and worlds since he was a kid. He is a lifelong reader and writer of fantasy, sci-fi, and mythology. Kyle enjoys fictional mapmaking, being in the mountains, and traveling to new locations.

In 2017, he took a sabbatical from his career as a software engineer in order to pursue writing full-time. The result of that endeavor is his first novel, Thoughts of an Eaten Sun. Kyle has lived many places with his wife, Karla, but they call Colorado home. 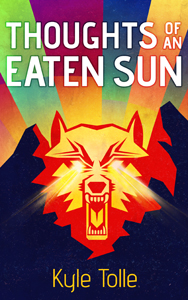 The story of a man's quest for revenge on an unnatural beast come out of the wild.

In the remote lands of the Far Finger, danger is a fact of life. Hantle is a logger in a small village, raising two boys with his wife. After his sons go missing, Hantle discovers a wolf has killed them. Hantle wants to exact revenge, but when the beast returns, it outsmarts him and swells in size with each person it devours. Tales of similar creatures destroying entire civilizations raise the question of whether it can be killed.

Hantle must lead the effort to save his village, chase the creature across the lands, and convince distant settlements the danger is more than a myth. How large will the wolf grow? Can Hantle raise a force to slay the creature? Or will every person, place, and thing that he knows be lost?

*Available only for in-store or phone purchase

This feature require that you enable JavaScript in your browser.
END_OF_DOCUMENT_TOKEN_TO_BE_REPLACED

This feature require that you enable JavaScript in your browser.
END_OF_DOCUMENT_TOKEN_TO_BE_REPLACED

This feature require that you enable JavaScript in your browser.
END_OF_DOCUMENT_TOKEN_TO_BE_REPLACED