The Call of Cthulhu by HP Lovecraft (Paperback) 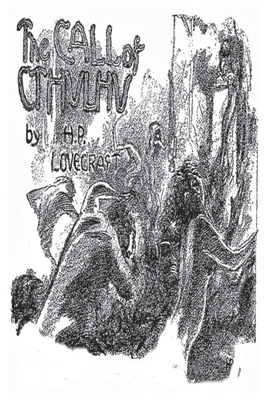 The story's narrator, Francis Wayland Thurston, recounts his discovery of various notes left behind by his great uncle, George Gammell Angell, a prominent Professor of Semitic languages at Brown University in Providence, Rhode Island, who died during the winter of 1926 after being jostled by a sailor.

The first chapter, The Horror in Clay, concerns a small bas-relief sculpture found among the notes, which the narrator describes: "My somewhat extravagant imagination yielded simultaneous pictures of an octopus, a dragon, and a human caricature.... A pulpy, tentacled head surmounted a grotesque and scaly body with rudimentary win

This feature require that you enable JavaScript in your browser.
END_OF_DOCUMENT_TOKEN_TO_BE_REPLACED

This feature require that you enable JavaScript in your browser.
END_OF_DOCUMENT_TOKEN_TO_BE_REPLACED

This feature require that you enable JavaScript in your browser.
END_OF_DOCUMENT_TOKEN_TO_BE_REPLACED