Consent to Kill: A Thriller (A Mitch Rapp Novel #8) (Paperback) 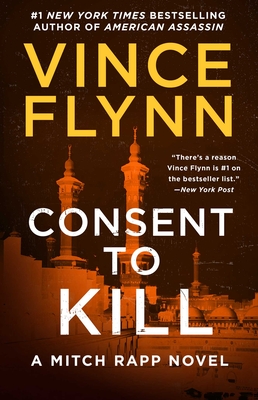 This is book number 8 in the A Mitch Rapp Novel series.

For more than a decade, CIA superagent Mitch Rapp has been on the front line of the war on terror. Now, he’s on a race against time to save one more life—his own—in this “fast, fun read” (People).

The influential father of a slain terrorist demands retribution for the death of his son at Rapp’s hands. In the tangled, duplicitous world of espionage there are those, even among America’s allies, who feel Mitch Rapp has grown too effective at his deadly job. They have been looking for an excuse to eliminate the number one counterterrorism operative, and they are determined to seize the chance with an explosive international conspiracy. Now the hunter is the hunted, and Rapp must rely on his razor-sharp instincts for survival—and justice—as he unleashes his fury on those who have betrayed him.

This feature require that you enable JavaScript in your browser.
END_OF_DOCUMENT_TOKEN_TO_BE_REPLACED

This feature require that you enable JavaScript in your browser.
END_OF_DOCUMENT_TOKEN_TO_BE_REPLACED

This feature require that you enable JavaScript in your browser.
END_OF_DOCUMENT_TOKEN_TO_BE_REPLACED