The Way of the Househusband, Vol. 3 (Paperback) 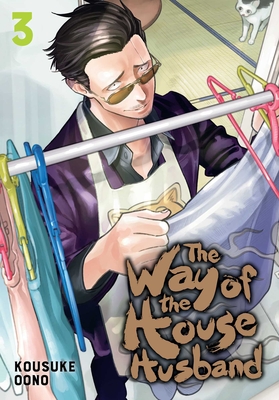 By Kousuke Oono
Email or call for price and availability
Backordered

A former yakuza legend leaves it all behind to become your everyday househusband. But it’s not easy to walk away from the gangster life, and what should be mundane household tasks are anything but!

The Immortal Dragon, once the fiercest member of the yakuza, is now a married man devoted to supporting his loving wife—as a househusband! But when the gangster-turned-homemaker needs to make some quick cash to buy her a present, he turns to the only skills he knows—and gets his first part-time job! The cozy yakuza comedy continues!

Kousuke Oono began his professional manga career in 2016 in the manga magazine Monthly Comics @ Bunch with the one-shot "Legend of Music." Oono’s follow-up series, The Way of the Househusband, is the creator’s first serialization as well as his first English-language release.

This feature require that you enable JavaScript in your browser.
END_OF_DOCUMENT_TOKEN_TO_BE_REPLACED

This feature require that you enable JavaScript in your browser.
END_OF_DOCUMENT_TOKEN_TO_BE_REPLACED

This feature require that you enable JavaScript in your browser.
END_OF_DOCUMENT_TOKEN_TO_BE_REPLACED