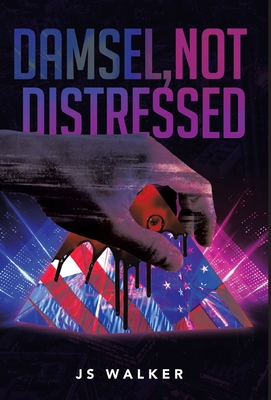 Damsel, Not Distressed, is a fantasy novel set in the future with a long-standing war between the old faith and the new world of technology and science. The book follows two teenagers, Kieran Endi and Skylar Locklear, from different upbringings, beliefs, morals, and family histories. The audience is for older teens and young adults. Similar books are Divergent Series, Hunger Games Series, The Giver, The Maze Runner Series, and dystopian literatures alike. The thrills and tensions of what the future holds leaves us anxious in anticipation. One thing for certain, is that the stories seem to point to the world being far worse than the original plans of a utopia.

Four hundred years from now, there will be a world consisting of four remaining countries each governed by their respective militaries where religion, freedom, and poverty are a thing of the past. Kieran Endi and her grandparents are in a new country, Bulwark, amongst a population that is fond of this system of obedience and tyranny. Her family roots share the knowledge of the past taught by the first ancestors, much to the militaries' dismay. She lives an unstable life on the run, because in these times persons of faith outside of the government, are considered rebels and that leads to deadly consequences.

Kieran must find a way to blend in with the other teenagers at school, protect her family secrets, and avoid being the new love interest of the most popular brothers in town, Skylar, and Riley Locklear, who happens to be the sons of the military general of Bulwark, Thaddeus Locklear. Skylar and Riley's feud escalates over their shared interests, but what the new girl offers is more than the brothers bargained for. Their family history, meaning of life, and trying to find purpose and belonging puts them at odds with their beloved general of a father. Thaddeus notices the changes looming around their home and must eliminate all possible threats to the New World Order. Every action has a consequence, and this country is about to be taken through a chain of events that the forefathers thought no longer existed.

This feature require that you enable JavaScript in your browser.
END_OF_DOCUMENT_TOKEN_TO_BE_REPLACED

This feature require that you enable JavaScript in your browser.
END_OF_DOCUMENT_TOKEN_TO_BE_REPLACED

This feature require that you enable JavaScript in your browser.
END_OF_DOCUMENT_TOKEN_TO_BE_REPLACED