Anx: life of a recog (Paperback) 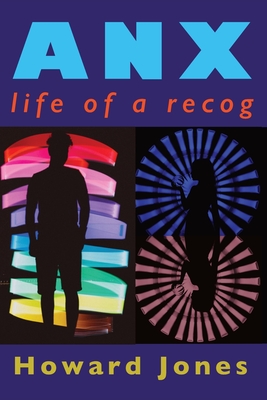 In the riverside remnant of old New Orleans called Nola, "Recogs would accommodate whatever was on offer.They picked up trash for the city.They chased tourist tips.They served the wealthy and powerful as personal body servants called grooms. Or they pandered farther down the social scale, availing themselves to sate any appetite.A few especially clever ones managed to contrive elegant cons or otherwise exploit wayward opportunities to scam any soul or system."

Actually, recog Penn Hebert is an unjustly convicted felon leashed within a virtual prison lattice by an ANX brain implant that renders him physically unable to defend himself. But Penn is virtual master of the XR mixed-reality that feeds hallucinated thrills across Snake Zone networks to serve notoriously salacious lucid dreem cabarets run by Nola underground Queen of Sin, Claire "Mamma" Latrice. Nikki Brite, a young dancer turned therapeutic dreem sponder to escape actual flesh pits of the Zone, enlists Penn's help to fend off an online predator that threatens her budding career. In fighting her stalker the duo also disrupt best-laid plans of a ruthless politician, a deranged multi-billionaire, his conniving grandson and a newly-arrived political sentinel who discovers that her own best interests, along with those of Penn and Nikki, converge onto startling new options for transhuman evolution.

This feature require that you enable JavaScript in your browser.
END_OF_DOCUMENT_TOKEN_TO_BE_REPLACED

This feature require that you enable JavaScript in your browser.
END_OF_DOCUMENT_TOKEN_TO_BE_REPLACED

This feature require that you enable JavaScript in your browser.
END_OF_DOCUMENT_TOKEN_TO_BE_REPLACED