I Am The Beat; God Sets The Pace (Hardcover) 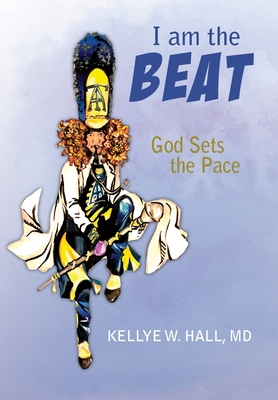 Approximately 4% of the nation's doctors are African American, but Kellye didn't know she would be in such a minority when she began her journey into medicine at the age of two. Her path into a career as a physician would be one specifically designed for her and not the voyage many of her colleagues would take. From sports to music and dancing, Kellye ventured in and out of hobbies always intending to give it up to take care of patients. However, medicine was not what she expected, and she started looking at patients as "obstacles to finishing tasks and barriers to power naps when on-call." From overly demanding attendings to the reality that humans are not immortal, Kellye had to figure out how to survive in a field that was changing the very nature of who she was as a person. Her story is one filled with unanticipated adversity but meant to encourage anyone to set a goal and stop at nothing to achieve it.

This feature require that you enable JavaScript in your browser.
END_OF_DOCUMENT_TOKEN_TO_BE_REPLACED

This feature require that you enable JavaScript in your browser.
END_OF_DOCUMENT_TOKEN_TO_BE_REPLACED

This feature require that you enable JavaScript in your browser.
END_OF_DOCUMENT_TOKEN_TO_BE_REPLACED