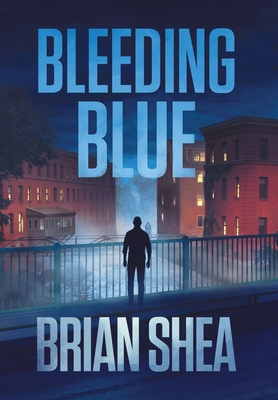 With two street gangs on the brink of war, Detective Michael Kelly must solve a murder before the entire town goes up in flames.

There's just one catch...the store was under the protection of the Irish mob.

Now the city is a powder-keg, and Kelly must solve the murders before it explodes in further bloodshed.

BRIAN SHEA has served as both a military officer and law enforcement Detective. His authentic crime fiction novels have been enjoyed by countless readers around the world. Recommended for fans of Michael Connolly's Harry Bosch, David Baldacci's John Puller, and James Patterson's Alex Cross.

What readers are saying:

★★★★★ "This is another masterful Brian Shea crime thriller He never disappoints "

★★★★★ "I have read police fiction books by many, many authors. None of them, absolutely none, are as intense and exciting as Bleeding Blue."

★★★★★ "Not only a great thriller with plenty of twists and action to hold your attention, but also some powerful moments the author's experiences surely had a hand in writing."

This feature require that you enable JavaScript in your browser.
END_OF_DOCUMENT_TOKEN_TO_BE_REPLACED

This feature require that you enable JavaScript in your browser.
END_OF_DOCUMENT_TOKEN_TO_BE_REPLACED

This feature require that you enable JavaScript in your browser.
END_OF_DOCUMENT_TOKEN_TO_BE_REPLACED