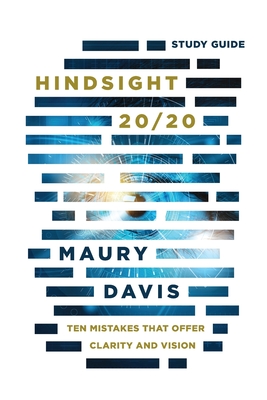 Maury Davis is a colorful character and an accomplished leader. Few people can match the drama of his life's story...from the prison to the pulpit. Throughout his career as pastor of Cornerstone Church in Nashville, Tennessee, he has taken strong stands to expand God's Kingdom. Along the way, he has ruffled more than a few feathers.

In this book, Pastor Maury displays courage in being brutally honest about the mistakes he has made, the people he has hurt, and the shortcuts he shouldn't have taken. Some of his stories will make you laugh, but some will make you cringe. Each chapter includes a first-person narrative of someone who was there-someone who saw the best and the worst in him.

Maury didn't write this purely for entertainment value. Instead, his hope is that God will use this account of his blunders as a warning to others to avoid them like the plague

This feature require that you enable JavaScript in your browser.
END_OF_DOCUMENT_TOKEN_TO_BE_REPLACED

This feature require that you enable JavaScript in your browser.
END_OF_DOCUMENT_TOKEN_TO_BE_REPLACED

This feature require that you enable JavaScript in your browser.
END_OF_DOCUMENT_TOKEN_TO_BE_REPLACED