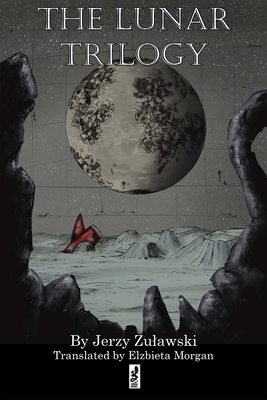 Trylogia Ksiezycowa (The Lunar Trilogy or The Moon Trilogy is a trilogy of science fiction novels by the Polish writer Jerzy Zulawski, written between 1901 and 1911. It has been translated into Russian, Czech, German and Hungarian, and has been reprinted several times in Poland, but never into English.

Trylogia Ksiezycowa (The Lunar Trilogy or The Moon Trilogy is a trilogy of science fiction novels by the Polish writer Jerzy Zulawski, written between 1901 and 1911.

The first volume, Na Srebrnym Globie (On the Silver Globe, 1903) describes, in the form of a diary, the story of a marooned expedition of Earth astronauts who find themselves stranded on the Moon and found a colony. After several generations, they lose most of their knowledge and are ruled by a religious cult. The second volume, Zwyciezca (The Conqueror or The Victor 1910), focuses upon the colonists' anticipated Messiah, another traveler from Earth. After initial success, he fails to meet their expectations and is killed in an allegory to the death of Jesus Christ. The third volume, Stara Ziemia (The Old Earth, 1911) describes the visit of two Lunar colonists to 27th-century Earth.

It is ones of the early works of science fiction, long recognized as an influential work that has not previously been available in English.

Jerzy Zulawski  (14 July 1874 – 9 August 1915) was a Polish literary figure, philosopher, translator, alpinist and nationalist whose best-known work is the science-fiction epic, Trylogia Ksiezycowa (The Lunar Trilogy), written between 1901 and 1911.In a twenty-year writing career, from his first book of poems in 1895, at the age of 21, to his final World War I dispatches in 1915, Jerzy Zulawski created an impressive body of work—seven volumes of poetry, three collections of literary criticism, numerous cultural and philosophical essays, ten plays and five novels. He was considered an important and influential intellectual figure in the early years of the 20th century, but a century later, the only creation which has remained in print and assured him literary immortality is The Lunar Trilogy. Stanislaw Lem (1921–2006), renowned as the "most widely read science-fiction writer in the world", contributed an introduction to the 1956 and 1975 editions of the Trilogy's initial volume, Na Srebrnym Globie (On the Silver Globe), crediting Zulawski's words with inspiring him to become "a writer of the fantastic" and describing the time he spent reading The Lunar Trilogy as "one of the most fascinating and life-changing experiences" of his youth.

This feature require that you enable JavaScript in your browser.
END_OF_DOCUMENT_TOKEN_TO_BE_REPLACED

This feature require that you enable JavaScript in your browser.
END_OF_DOCUMENT_TOKEN_TO_BE_REPLACED

This feature require that you enable JavaScript in your browser.
END_OF_DOCUMENT_TOKEN_TO_BE_REPLACED