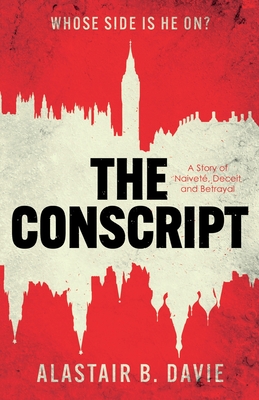 Tom Pearson grows up in an impoverished, north-eastern English city. A socialist by virtue of his

upbringing and an unabashed supporter of the Russian communist party. While at University,

studying physics, he is seduced by a female lecturer and recruited as a Russian sleeper agent.

technologies during the Second World War, before he is turned by MI5. With his help, the agency

research departments. The reaction of the Russians to his betrayal is ferocious and the NKGB set out

After one failed attempt and suspicious of a possible Russian mole in MI5, Tom disappears into postwar

Britain in game of cat and mouse that Tom simply cannot afford to lose...

Alastair B. Davie is a retired corporate publicist living in Chicago, Illinois. He was born in England in

and served for seven years. He later worked for the Financial Times and Reuters in marketing before

moving to the United States in 1976. He retired in 2002 as director of corporate communications

for Foster Wheeler Corporation, a Fortune 500 company. His other books include A Sixth Sense and

This feature require that you enable JavaScript in your browser.
END_OF_DOCUMENT_TOKEN_TO_BE_REPLACED

This feature require that you enable JavaScript in your browser.
END_OF_DOCUMENT_TOKEN_TO_BE_REPLACED

This feature require that you enable JavaScript in your browser.
END_OF_DOCUMENT_TOKEN_TO_BE_REPLACED