The House in the Sand (Paperback) 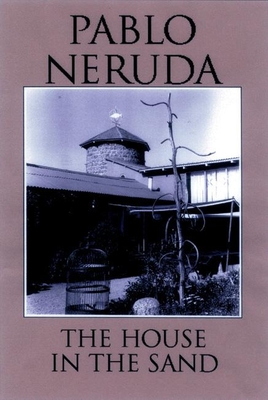 Few writers are as integrally bound to place as Pablo Neruda was to the landscape of Isla Negra on the Chilean coast. From his arrival there in the late 1930s to his death in 1973, Isla Negra became a text that unraveled in a series of images fundamental to an understanding of his work. Renowned documentary photographer Rogovin's photographs were taken in Isla Negra at the suggestion of Neruda himself. The poems and photographs reveal the landscape of Isla Negra as well as the home into which Neruda put so much of himself. This volume is issued to celebrate the centennial of the Nobel Prize winning poet's birth.

Pablo Neruda (1904-1973) is regarded by many as one of the greatest poets of the 20th century. Born in rural Chile he moved to the capital, Santiago, and published his first book in 1923. During the 20s and 30s he served as a diplomat and was ambassador to Spain at the outbreak of the Spanish Civil War. This event profoundly changed his writing style to one of addressing social and political concerns. He returned to Chile in 1938 but spent many years in exile due to political conditions. Neruda won the Nobel Prize for literature in 1971. Marjorie Agosin is a poet, writer and human rights activist. She is also a professor of Spanish at Wellesley College and editor of our Secret Weavers Series.

This feature require that you enable JavaScript in your browser.
END_OF_DOCUMENT_TOKEN_TO_BE_REPLACED

This feature require that you enable JavaScript in your browser.
END_OF_DOCUMENT_TOKEN_TO_BE_REPLACED

This feature require that you enable JavaScript in your browser.
END_OF_DOCUMENT_TOKEN_TO_BE_REPLACED