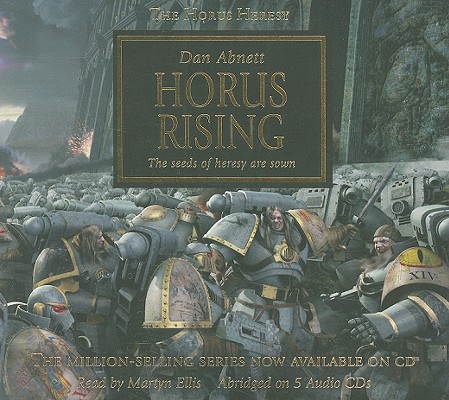 This is book number 1 in the Horus Heresy series.

The Emperor of Man and Warmaster Horus are in the midst of a campaign to expand their reach across the universe.  The seeds are sown for civil war which could last for more than 10,000 years

This feature require that you enable JavaScript in your browser.
END_OF_DOCUMENT_TOKEN_TO_BE_REPLACED

This feature require that you enable JavaScript in your browser.
END_OF_DOCUMENT_TOKEN_TO_BE_REPLACED

This feature require that you enable JavaScript in your browser.
END_OF_DOCUMENT_TOKEN_TO_BE_REPLACED