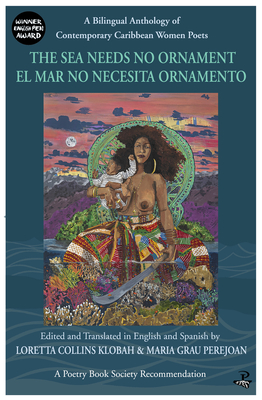 Thirty-three poets from the English and Spanish-speaking Caribbean offer poems in a variety of forms and styles—from free verse, formal, experimental, and exuberant to minimalist— employing a range of language registers, including borrowings from children’s ring games to blues rhythms. They speak in equally varied voices: lyrical, ironic, incensed, carnivalesque, meditative, and transgressive. Poems range over all aspects of women’s lives, from childhoods of joy or sorrow, relationships with men and women, motherhood, elder years, as part of collectivities or in solitude. Poems focus on the female body as a source of self-knowledge, pleasure, strength, blood, invasion, and sometimes abuse. As Caribbean women, these poets scrutinize their places in the region’s history and geography, including the intergenerational impact of migration; they celebrate or cast a critical eye over its spiritual traditions; decry the inequalities of class, race, gender, and sexuality; observe the region’s abundance of flora, fauna, and supernatural beings; and lament the catastrophic natural forces of earthquake, flood, and hurricane that have battered its peoples, who yet search for new ways to revive and move forward. As Ilya Kaminsky writes: “This book gives us some of the most passionate and insightful writing around, in any language… as I look at the translated voices here I am both moved and transformed by the ways they seem to address the devastation of the present moment… Spanish-speaking poets are presented with wonderful English-language poets. The result is a first-rate conversation between poetics, a marvel.”

Loretta Collins Klobah’s first book The Twelve Foot Neon Woman (Peepal Tree Press, 2011) received the OCM Bocas Prize in Caribbean Literature in the category of poetry and was short-listed for the Felix Dennis Prize in the Forward Prize series. Her second book Ricantations (Peepal Tree Press, 2018) was a Poetry Book Society Recommendation and a National Poetry Day selection. It was long-listed for the Bocas Prize. She has been awarded the Pushcart Prize, the Earl Lyons Award from The Academy of American Poets, and the Pam Wallace Award for an Aspiring Woman Writer. Her poems have been widely published in journals and anthologies. She lives in San Juan, Puerto Rico, where she is a professor of Caribbean literature and creative writing at the University of Puerto Rico. Maria Grau Perejoan holds a doctoral degree in Cultural Studies with an emphasis on Caribbean Literature and Literary Translation from the University of Barcelona, and an MPhil in Cultural Studies from the University of the West Indies, Trinidad and Tobago. She was visiting lecturer at the UWI, St Augustine Campus for three academic years; she then moved on to lecture courses in Translation and Caribbean Literature at the University of Barcelona, and since 2020 she is a Lecturer at the Department of Spanish, Modern and Classical Languages at the University of the Balearic Islands.

This feature require that you enable JavaScript in your browser.
END_OF_DOCUMENT_TOKEN_TO_BE_REPLACED

This feature require that you enable JavaScript in your browser.
END_OF_DOCUMENT_TOKEN_TO_BE_REPLACED

This feature require that you enable JavaScript in your browser.
END_OF_DOCUMENT_TOKEN_TO_BE_REPLACED