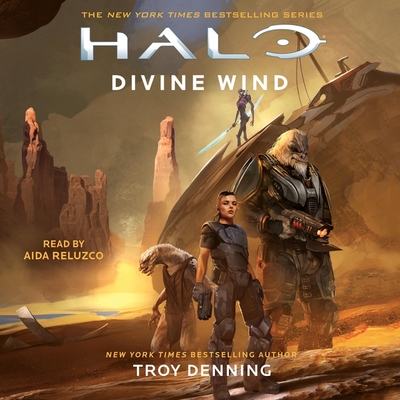 This is book number 29 in the Halo series.

An original novel set in the Halo universe--based on the New York Times bestselling video game series October 2559. With the galaxy in the suffocating grip of a renegade artificial intelligence, another perilous threat has quietly emerged in the shadows: the Keepers of the One Freedom, a fanatical and merciless Covenant splinter group, has made its way beyond the borders of the galaxy to an ancient Forerunner installation known as the Ark. Led by an infamous Brute named Castor, the Keepers intend to achieve what the Covenant, in all its might, failed to: activate Halo and take the last steps on the path of the Great Journey into transcendence. But unknown to Castor and his new, unexpected ally on the Ark, there are traitors to the cause in their midst--namely the Ferrets, composed of Office of Naval Intelligence operative Veta Lopis and her young team of Spartan-IIIs, who have been infiltrating the Keepers to lay the groundwork for Castor's assassination. But with ONI's field operations now splintered and cut off by the Guardian threat, Veta's original mission has suddenly and dramatically escalated in scope. There's simply no choice or fallback plan--either the Ferrets somehow stop the Keepers or the galaxy faces an extinction-level event....

This feature require that you enable JavaScript in your browser.
END_OF_DOCUMENT_TOKEN_TO_BE_REPLACED

This feature require that you enable JavaScript in your browser.
END_OF_DOCUMENT_TOKEN_TO_BE_REPLACED

This feature require that you enable JavaScript in your browser.
END_OF_DOCUMENT_TOKEN_TO_BE_REPLACED