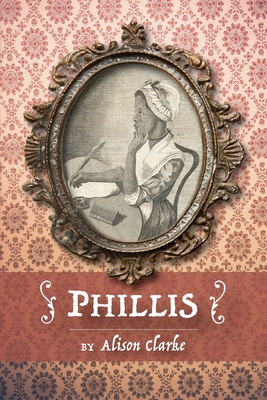 In Phillis, Alison Clarke reaches through time to tell the story of this remarkable woman. Through a series of poems and prose-poems, Clarke presents Wheatley's world with depth and liveliness, reimagining the past for a modern audience while bringing sensibility and passion to the story of Wheatley's life. Wheatley's story is told in first-person poetry that illuminates significant chapters of her life, capturing the brilliant heights of her writing career along with the inevitable, brutal injustices she faced as an enslaved Black person in North America.

Interspersed with poems written from the viewpoint of other people who were themselves inspired by Wheatley, this is a collection of poetry that celebrates the resilience and accomplishments of Black History in general and one remarkable woman in particular.

This feature require that you enable JavaScript in your browser.
END_OF_DOCUMENT_TOKEN_TO_BE_REPLACED

This feature require that you enable JavaScript in your browser.
END_OF_DOCUMENT_TOKEN_TO_BE_REPLACED

This feature require that you enable JavaScript in your browser.
END_OF_DOCUMENT_TOKEN_TO_BE_REPLACED