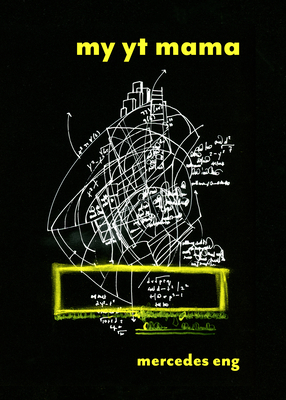 In the follow-up to her BC Book Prize-winning book of poetry, Prison Industrial Complex Explodes, Mercedes Eng continues her poetic investigation of racism and colonialism in Canada, weaponizing the language of the nation-state against itself in the service of social justice. my yt mama is a collection of poems that considers historic and contemporary colonial violence in the Canadian prairies, a settler geography and state of mind that irrevocably shaped Eng's understanding of race as person of colour born and raised in Treaty 7 Territory in Medicine Hat, Alberta. These poems document an education in white supremacist ideology that began in infancy and occurred everywhere: at home where the author lived with her white mother, 1261 kilometres away from her Chinese migrant father's family; in public institutions such as the school, the library, and the museum that erase Indigenous peoples' histories while producing the myth of the "vanishing Indians;" and in the media and entertainment in which white supremacist beauty standards are constructed and reinforced. Keenly attuned to the language of those in power, Eng exposes the violence of the English language in the colonial project, taking on the words of Canadian politician F. W. Gershaw's history of the city of Medicine Hat as occasioned by Canada's Centennial, to derail the superficially neutral language of yt history that mythologizes nation and city while simultaneously deriding Indigenous ways of being (ontology) and ways of knowing (epistemology) as "legends" or "myths." Like the author herself, my yt mama is hybrid: part memoir, part history, part discourse analysis, part love letter to her mother.

This feature require that you enable JavaScript in your browser.
END_OF_DOCUMENT_TOKEN_TO_BE_REPLACED

This feature require that you enable JavaScript in your browser.
END_OF_DOCUMENT_TOKEN_TO_BE_REPLACED

This feature require that you enable JavaScript in your browser.
END_OF_DOCUMENT_TOKEN_TO_BE_REPLACED