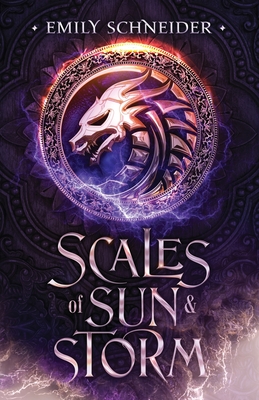 I will bow to nothing and no one.

Not even the fear in my own mind.

Defeated and exhausted after an attack that almost claimed her life, Kaida's world has been turned upside down. Now, Eklos's army is advancing in the wake of the Remnant, forcing her deeper into hiding.

When Kaida and her allies are attacked and separated, each of them must resort to desperate measures in order to survive. Meanwhile, Kaida's magic begins to manifest in strange ways, giving her a glimpse into a future she must race to avert.

With the total destruction of Elysia looming over their heads, the greatest enemy may not be the one they can see, but the battle within their minds as they face down every fear and piece of darkness inside themselves.

Can Kaida and Prince Tarrin finally overcome Eklos's tyranny in the war for Elysia's future?

Or will their inner demons defeat them before the war has even begun?

This feature require that you enable JavaScript in your browser.
END_OF_DOCUMENT_TOKEN_TO_BE_REPLACED

This feature require that you enable JavaScript in your browser.
END_OF_DOCUMENT_TOKEN_TO_BE_REPLACED

This feature require that you enable JavaScript in your browser.
END_OF_DOCUMENT_TOKEN_TO_BE_REPLACED