Unleashing the Kingdom, Clash of Kingdoms: Taking Dominion Through the Unity of Men and Women (Paperback) 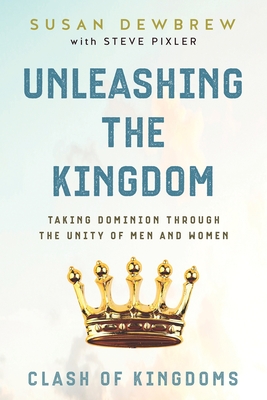 The Kingdom is unleashed when men and women are united. Yet the greatest challenge to male-female unity is male-female equality. As long as men are viewed as superior and women as inferior, true unity is impossible. Men and women can form uneasy alliances, even work together to do loads of good in the world. But the true creational, covenantal unity that reveals the image of God and achieves God-honoring, God-revealing dominion over the earth cannot come as long as one gender dominates the other.

This feature require that you enable JavaScript in your browser.
END_OF_DOCUMENT_TOKEN_TO_BE_REPLACED

This feature require that you enable JavaScript in your browser.
END_OF_DOCUMENT_TOKEN_TO_BE_REPLACED

This feature require that you enable JavaScript in your browser.
END_OF_DOCUMENT_TOKEN_TO_BE_REPLACED