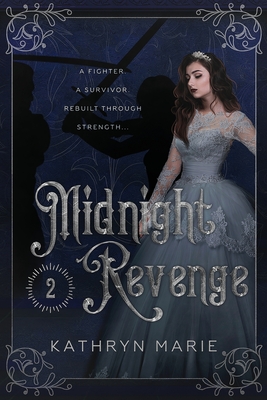 A Fighter. A Survivor. Rebuilt Through Strength...

With the memories of Julian's assassination still plaguing her, Christiana returns to the Royal Palace, settling into her new life as a future Royal. However, the palace is plunged into turmoil when young serving ladies are found brutally murdered with the use of Crimson Fire, a deadly poison created by Christiana's mentor, Marek. With the lives of the castle's inhabitants resting on her shoulders, Christiana calls on Marek to assist in tracking down the copycat killer who mysteriously obtained a lethal secret only known to the two of them.

On the journey to discovering who it is, Christiana is forced to face secrets from her past, the repercussions of her Battled Brain, and the many obstacles that stand in the way of her and Zander becoming the leaders they are meant to be.

This feature require that you enable JavaScript in your browser.
END_OF_DOCUMENT_TOKEN_TO_BE_REPLACED

This feature require that you enable JavaScript in your browser.
END_OF_DOCUMENT_TOKEN_TO_BE_REPLACED

This feature require that you enable JavaScript in your browser.
END_OF_DOCUMENT_TOKEN_TO_BE_REPLACED