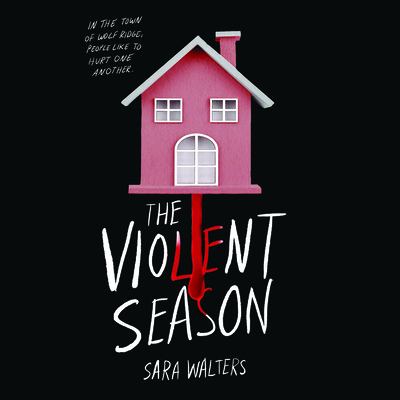 Every November, the people in Wolf Ridge are overwhelmed with a hunger for violence--at least that's the town rumor. Last fall, Wyatt Green's mother was brutally murdered, convincing Wyatt that this yearning isn't a morbid urban legend but rather a palpable force infecting her neighbors. This year, Wyatt fears the call of violence has spread to her best friend Cash--who also happens to be the guy she can't stop wanting no matter how much he hurts her. At the same time, she's drawn to Cash's nemesis, Porter, especially now that they're partners on an ambitious project for lit class. When Wyatt pulls away from Cash and spends more time with Porter, she learns secrets about both of them she can't forget. And as the truth about her mother's death begins to emerge from the shadows, Wyatt is faced with a series of hard realities about the people she trusts the most, rethinking everything she believes about what makes people decide to hurt each other.

This feature require that you enable JavaScript in your browser.
END_OF_DOCUMENT_TOKEN_TO_BE_REPLACED

This feature require that you enable JavaScript in your browser.
END_OF_DOCUMENT_TOKEN_TO_BE_REPLACED

This feature require that you enable JavaScript in your browser.
END_OF_DOCUMENT_TOKEN_TO_BE_REPLACED