We Love You, Madam President (Paperback) 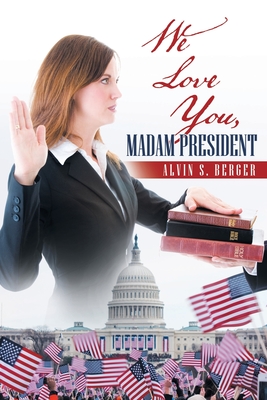 The invention of a sentient computer imported from Israel leads to political chaos in America. This computer is more than human-better than human-with its limitless memory storage and human characteristics, which prove to be big trouble for the perverted President of the United States. His mistakes lead to his downfall and that of his entire cabinet. With Washington in chaos, two CIA agents and some members of the Senate try to halt what the deep state conspirators want to accomplish through bribery and deceit. The murder of anyone who gets in their way means nothing to them, mere collateral damage of their nefarious plan. Rising from the tumult is a brilliant woman who breaks through the glass ceiling as she fights to become the first female president with the knowledge of the world at her fingertips. She must rely on her own intuition and the goodness of humanity to shine through the darkness of dirty politics.

Dr. Alvin Berger is retired dentist who has written one book previously called Adama: A Mind of Her Own. He began writing at age eighty-one after he wrote a beautiful note to his significant other, Vera Getz. She urged him to continue to write. He lives in Boca Raton, Florida, during the winter and in Kirkland, Washington, during the summer with Vera. He is the father of two children, Randi and Gary; and three grandchildren, Lauren, Max, and Austin. He is an avid golfer who took up the sport late in life. He is a sculptor who has done works in bonded bronze, as well as plaster and leucite. He was also active in his profession as a member the American Dental Association, as well as a fellow in the Academy of General Dentistry, the International College of Dentists, and the Pierre Fauchard Academy. He was on the Council on Continuing Education of the Connecticut State Dental Association and served as chairman for fourteen years.

This feature require that you enable JavaScript in your browser.
END_OF_DOCUMENT_TOKEN_TO_BE_REPLACED

This feature require that you enable JavaScript in your browser.
END_OF_DOCUMENT_TOKEN_TO_BE_REPLACED

This feature require that you enable JavaScript in your browser.
END_OF_DOCUMENT_TOKEN_TO_BE_REPLACED