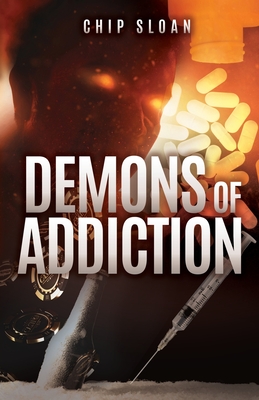 Demons are real and can appear to anyone at any time in any form. Chip Sloan can testify to this statement as he witnessed first-hand his own son being terrorized by not one, but many demons in the forms of substance abuse. For thirty-six years, his son fought against his addiction to tobacco, alcohol, and drugs. He would win some battles through faith and God's protection; other battles were lost as his mind succumbed to the temptations of demons. The battle ended in 2018 when Chip Sloan buried his forty-six-year-old son in the ground. No parent should ever have to bear witness to the death of a child, but there are times it, unfortunately, cannot be helped. Demons of Addiction is the raw and emotional true story of a father who did all he could to help his son, and the honest and hopeful lesson of a man who wishes to share his knowledge to help others. Sloan's story is not easy to read, but it is necessary to understand and retain the valuable information provided, both factual and spiritual, for he not only choses to focus on what addiction looks like in physical form, but also what it does to the mind and the soul. The battle against addiction is one of the ultimate forms of spiritual warfare anyone could come across. Yes, Sloan has witnessed the strength of Satan, and his demons and the power behind their temptations and their lies, but he has also witnessed the strength of God, and the power behind His love and glory is indestructible. Even if one's faith is no bigger than a mustard seed, have faith in God, for He will take care of any who struggle with their own demons, and lead them to others who can help.

This feature require that you enable JavaScript in your browser.
END_OF_DOCUMENT_TOKEN_TO_BE_REPLACED

This feature require that you enable JavaScript in your browser.
END_OF_DOCUMENT_TOKEN_TO_BE_REPLACED

This feature require that you enable JavaScript in your browser.
END_OF_DOCUMENT_TOKEN_TO_BE_REPLACED