The Tears That Flow Into The Kanawha River (Paperback) 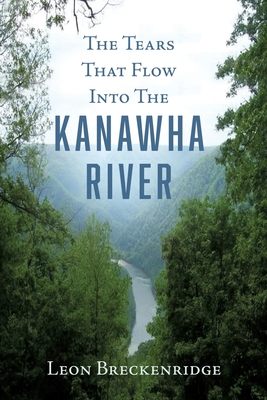 "The Tears that Flow into the Kanawha River" is about a man named Leon Breckenridge who relives his life about his experiences as an African American man living in a segregated community by the Kanawha River, before advancing to desegregation. Leon recalls the people who set the foundation for his trials, pains, failures, triumphs, and success. He writes about his younger years in the 1960s and thereon when his father put a 38-pistol to his head, and his mother suffering from mental illness. He takes us back to the 1960s when black and brown people protest for equality. People riot and hurt each other while vandalizing properties. Leon shares stories about living in Massachusetts and the people he met along the way that made an impact in his life. He gains strength due to his faith in Jesus Christ. Leon Breckenridge is a Vietnam Veteran who resides in Massachusetts with his family. After he retired, he decided to write an autobiography to share his life stories living in Montgomery West Virginia as a young boy during time of racial tension. One of the many concerns Leon carried over the years are the demolition of Simmons High School that was a historic Black school and the destruction of the African American cemetery where the bones of the slaves had their last resting place.

This feature require that you enable JavaScript in your browser.
END_OF_DOCUMENT_TOKEN_TO_BE_REPLACED

This feature require that you enable JavaScript in your browser.
END_OF_DOCUMENT_TOKEN_TO_BE_REPLACED

This feature require that you enable JavaScript in your browser.
END_OF_DOCUMENT_TOKEN_TO_BE_REPLACED