In Time of War (Paperback) 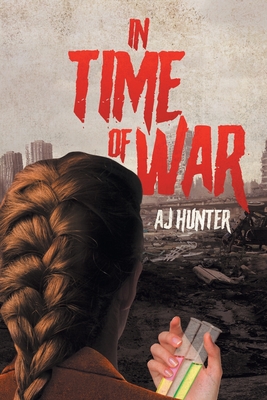 When the only thing left to hide behind is a mask, you get desperate.

I used to take photos of crimes as they happened, afraid to intervene. I was just trying to help my police department keep up with civil unrest in the middle of a war with Centauri, a country convinced we killed their prince. Their mercenary, Lioness, blew up part of the city. When she left my best friend covered in burns, I understood photos were not enough to protect people.

I found the corruption that danced through our country's War Office trying to appease the enemy enough to keep our soldiers alive. They want Spades of all people, the boy that tells nothing but lies.

I have learned that when you don't have a name, people think of you when they say, "Somebody should fix this."

So I became Revolutionary, and I am demanding a revolt to free my home from the domineering grip of the enemy.

This feature require that you enable JavaScript in your browser.
END_OF_DOCUMENT_TOKEN_TO_BE_REPLACED

This feature require that you enable JavaScript in your browser.
END_OF_DOCUMENT_TOKEN_TO_BE_REPLACED

This feature require that you enable JavaScript in your browser.
END_OF_DOCUMENT_TOKEN_TO_BE_REPLACED