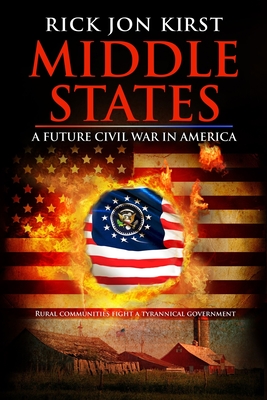 America has fallen victim to the progressive ideology of the federal government. Years of open border policies have created unmanageable overcrowding on the east and west coasts. The nations health care system is in financial ruins, and rationed medical treatment is being dispersed through a government lottery system. Unprecedented taxation has broken the back of the middle class, and historic numbers must rely on government assistance. Major cities have become a shell of what they used to be, even a dangerous place to reside. Remnants of burned out buildings, boarded up businesses and crimes taking place in broad daylight are a result of police defunding and unchecked looting and rioting. The freedoms of speech and religion have been significantly restricted, with stiff penalties awaiting those who dare to defy.

Presidential Executive Orders have become the new law of the land. Congressional powers to override the President's wishes have been all but eliminated, leaving the United States a Republic in name only. Strict laws have placed criticism of the President or minority groups under the header of, "Hate Speech," and anyone found engaging in such will find themselves standing before a federal magistrate.

Numerous military Guard bases across America have been decommissioned and converted into Reeducation Camps. Untold thousands have been incarcerated in these camps for speaking out against the federal government or failing to comply with Executive Orders. They have been locked up void of due process, only to be released when complete and unchallenged compliance has been demonstrated.

Perhaps the most profound overreach of the federal government has come in the form of the, "Property Reallocation and Fairness Doctrine." The President has authored an Executive Order that directs government officials to begin seizing private property from citizens of the midwestern states, soon to be known as the, "Middle States." The property is to be subdivided and gifted to illegal immigrants who have entered the nation, as a means to eliminate overcrowding in the coastal regions. This outrageous and unconstitutional act becomes the final straw for an elite group of military Guard members.

Colonel Tuxhorn, an experienced military commander and aviator has orchestrated a covert plan to take back America. His daring mission is a nail biter that will keep you at the edge of your seat, as it solidifies the greatest Americans divide since the Civil War. It is a high risk, all or nothing objective to rein in an abusive federal government and regain the liberties that America once enjoyed. The success or failure will weigh heavily on the sharpened skills of his carefully selected team, and on the support of a united citizenship.

Follow the story of the personal hardships felt by Evan Dupree and his family as they navigate the trials of an oppressive government, and the heartache of incarceration in a reeducation camp. Feel the tension and anxiety as the people of the Middle States take a patriotic stand for their rights and freedoms. Put yourself in the shoes of those fighting to preserve the exceptionalism of the greatest nation on earth, and ask yourself when and if our nation will ever descend into civil war again. If you share the concerns of the political divides that challenge us today, regardless of what side of the isle you reside, then this book is sure to send chills down your spine.

This feature require that you enable JavaScript in your browser.
END_OF_DOCUMENT_TOKEN_TO_BE_REPLACED

This feature require that you enable JavaScript in your browser.
END_OF_DOCUMENT_TOKEN_TO_BE_REPLACED

This feature require that you enable JavaScript in your browser.
END_OF_DOCUMENT_TOKEN_TO_BE_REPLACED