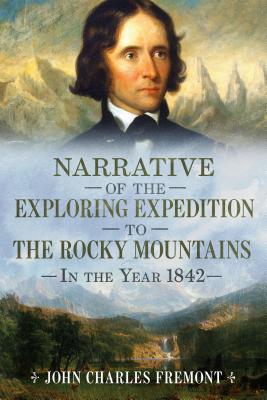 "John Charles Fr mont--popularly known as "The Pathfinder" during his times--played a major role in opening up the American West to settlement by pioneers. His reliable accounts, including published maps, narrations, and scientific documentations of his expeditions, guided emigrants overland into the West starting in the mid-1840s. Fr mont was born illegitimate to a Qu b cois father and a Virginian mother. Through the lucky circumstance of obtaining highly influential patrons at his parents' adopted home city of Charleston, South Carolina, he was appointed second lieutenant in the United States Topographical Corps and quickly rose within its ranks. Through the influence of his father-in-law, Senator Thomas Hart Benton of Missouri--the powerful chairman of the Senate Committee on Military Affairs--he led his first expedition to the Rocky Mountains in 1842. With his party of 25 men, including Kit Carson, he embarked from the Kansas River on June 15, 1842, followed the Platte River to the South Pass, and starting from Green River he explored the Wind River mountain range. He climbed a 13,745-foot mountain, Fr mont's Peak, planted an American flag, and claimed the Rocky Mountains and the West for the United States. His second expedition--the subject of a separate book--succeeded in charting all of the way to California, mapping and confirming the Oregon Trail as the route for pioneers heading toward the West."

This feature require that you enable JavaScript in your browser.
END_OF_DOCUMENT_TOKEN_TO_BE_REPLACED

This feature require that you enable JavaScript in your browser.
END_OF_DOCUMENT_TOKEN_TO_BE_REPLACED

This feature require that you enable JavaScript in your browser.
END_OF_DOCUMENT_TOKEN_TO_BE_REPLACED