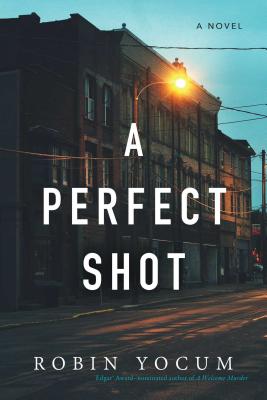 A local basketball star in a small Ohio town tries to remake his life in middle age, but instead must confront a murderer and the prospect of leaving his hometown and giving up everything that once gave his life meaning. Nicholas "Duke" Ducheski is the most important man in the eastern Ohio steel town of Mingo Junction. Nearly two decades after he made the winning shot in the state championship basketball game, he remains much adored and the focal point of community pride. Hardly a day passes when someone doesn't want to talk about "the game." Now approaching forty, Duke no longer wants to be defined solely by something he did when he was eighteen. So he decides to parlay his local popularity into a successful restaurant--"Duke's Place." But no sooner does he get his restaurant up and running than disaster strikes. One day, "Little Tony" DeMarco, his brother-in-law and a known mob enforcer, comes into the restaurant and murders Duke's oldest friend. Now Duke faces the hardest decision of his life. DeMarco thinks he's untouchable, but Duke discovers a way to take him down, along with his mob superiors. To do so, however, means leaving Mingo Junction and sacrificing his treasured identity as the town legend. And if he follows through, what will remain of his life?

Robin Yocum is the author of the critically acclaimed novels A Perfect Shot, A Welcome Murder, A Brilliant Death (a finalist for the Edgar Award), Favorite Sons, and The Essay. Favorite Sons was named the 2011 USA Book News' Book of the Year for Mystery/Suspense. It was selected for the Choose to Read Ohio program for 2013-14 and was a featured book of the 2012 Ohioana Book Festival. Yocum is also the author of Dead Before Deadline . . . and Other Tales from the Police Beat and Insured for Murder (with Catherine Candisky). He is the president of Yocum Communications, a public relations and marketing firm in Westerville, Ohio. He is well known for his work as a crime and investigative reporter with the Columbus Dispatch from 1980-1991. He was the recipient of more than thirty local, state, and national journalism awards in categories ranging from investigative reporting to feature writing.

“Outstanding….Yocum has crafted a harrowing yet touching story about friendship, loyalty, and doing what is right no matter the cost.”


PRAISE FOR YOCUM'S A WELCOME MURDER:

“Superb…. The splendid pacing, the deceptively simple prose, and the high energy boiling just beneath it all prove addictive.”

"Exceptionally clever…. A rollicking tale sure to appeal to Donald Westlake and Elmore Leonard fans.”

“Yocum releases a farcical basket of deplorables in Steubenville, Ohio, and lets them crawl all over eachother in search of criminal advantage…. A memorably merry tale of murder most richly deserved.”

“Yocum constructs a madcap yarn around [an] epicenter of economic depression, shifting narrators across a handful of quirky, hard-bitten residents.”

This feature require that you enable JavaScript in your browser.
END_OF_DOCUMENT_TOKEN_TO_BE_REPLACED

This feature require that you enable JavaScript in your browser.
END_OF_DOCUMENT_TOKEN_TO_BE_REPLACED

This feature require that you enable JavaScript in your browser.
END_OF_DOCUMENT_TOKEN_TO_BE_REPLACED