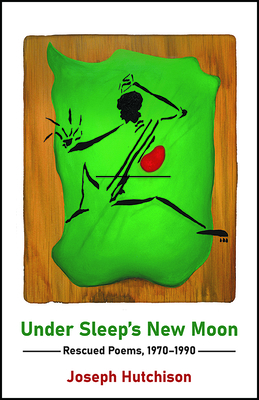 The road a poet travels is often littered with unrealized fragments, half-realized drafts, and unfinished poems that found their ways into a magazine but never earned their way into a book. If a poet is lucky, a few of such left-behinds might be rescued, released into their true form thanks to abilities that have ripened over many years of practice. In UNDER SLEEP S NEW MOON, Joseph Hutchison (Colorado Poet Laureate, 2014-2019) offers a range of such poems, all rescued from twenty years of writing between 1970-1990. The poems in this new/old collection are by turns personal and public, surreal and naturalistic, musical and plain-spoken. But all explore the liminal regions we live in every day, too often unconscious of what we re finding there. What this poet found there he has lifted into new configurations, where at last the poems can speak for themselves.

This feature require that you enable JavaScript in your browser.
END_OF_DOCUMENT_TOKEN_TO_BE_REPLACED

This feature require that you enable JavaScript in your browser.
END_OF_DOCUMENT_TOKEN_TO_BE_REPLACED

This feature require that you enable JavaScript in your browser.
END_OF_DOCUMENT_TOKEN_TO_BE_REPLACED