Women in the Waiting Room (Paperback) 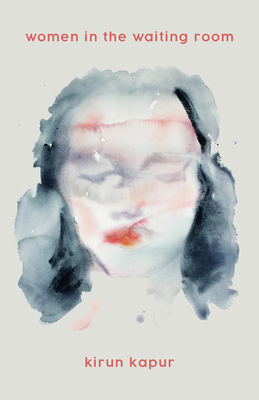 Poetry. Women's Studies. From crushed bodies and crushed nouns, Kirun Kapur has composed an utterly original book. Unsparing, un-selfpitying, these poems make an imaginative whole from Hindu mythology, confessions from a hotline for sexual abuse, meditations on a friend's mortal illness, and the poet's private pain. Kapur makes a masterful style from the edges of experience where 'the soul, whatever it is, struggles to articulate.'--Rosanna Warren

WOMEN IN THE WAITING ROOM is, put simply, one of the best books I've read this decade. Its compressed power makes the pages feel dangerous; the poet's 'bones are a furnace;' her 'face is a game.' I held my breath for swaths of language so virtuosic the lines sing and shout violence, beauty, rage, and love. Then I fell into the silences Kapur records and creates. The women whose stories she shapes echo our deepest shared narratives; they are set as much within each of us as in the book's steel mills, strip malls, white picket lines, and cities--from Delhi to Houston, Toronto to Dubai. Sweeping from the granular ('encrypted tracks of beetles') to incalculable truths ('for a girl to be innocent she has to be dead'), Kapur's poems make us 'behold: a word of witness.' They are the 'reef whose happy ending is to be reborn as dunes.' If you read only one book this year, let it be Kirun Kapur's: its stunning and lyrical call to live 'under the unsolvable dome, ' will leave you seeing, hearing, and wanting more language, more splendor, more life.--Rachel DeWoskin

In astonishing lyrics that give us more than intimate negotiations of memory, the poems in WOMEN IN THE WAITING ROOM work an entrancing weave of Hindu mythology, ravishing songs, and the language of crisis hotlines as a means of limning the fate of women's bodies and psychological distress. If O'Hara's Personism figures a poem as a telephone call then Kapur's wondrous lines serve to heal, like all poignant and meaningful human to human exchanges: interventionist language that disrupts easy sanctuaries of meaning yet is consoling in its artfulness. I call this life on the page, one you'll be happy to encounter.--Major Jackson

The imaginative poems in Kirun Kapur's WOMEN IN THE WAITING ROOM reflect and ring out myriad truths about our personal and public lives. It's a bold and bombastic assertion, a must-read for these times and beyond.--Aimee Nezhukumatathil

Witnessing, engendering, and upending, Kirun Kapur's second book of poems continues that unbroken line of inquiry from Sappho to Adrienne Rich, to identify silence in its many forms: 'I saw a woman on the floor / struggling to make a shape-- / the body and the talk of the body and in between long miles of white.' What hasn't been said for generations--the sheer mass of it all--has, in this slim book, become an expansive room of visionary evidence, where Eve, Sita, Georgia O'Keeffe, Susan Sontag, Parvati, and the poet all circulate among many other nameless voices. 'The inner world was made of women, ' Kapur reminds us; and yet, each poem bears witness to the fact that violence toward women is a terrifying universal, not confined to Western or Eastern thought: 'The cell we are locked in grows, ' one notes. Luckily, some poems also offer us a counter-balancing truth, which is that none of us is ever truly alone, even when by ourselves: 'I try to talk to myself like you would / talk to me.' Here, then, is a book full of fierce, transcendent speech and unsettling compassion, though born of unspeakable suffering; and like all great art, WOMEN IN THE WAITING ROOM is impossible to paraphrase or praise enough.--Frederick Speers.

This feature require that you enable JavaScript in your browser.
END_OF_DOCUMENT_TOKEN_TO_BE_REPLACED

This feature require that you enable JavaScript in your browser.
END_OF_DOCUMENT_TOKEN_TO_BE_REPLACED

This feature require that you enable JavaScript in your browser.
END_OF_DOCUMENT_TOKEN_TO_BE_REPLACED