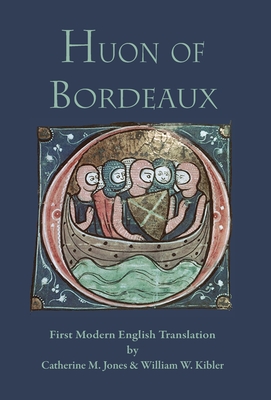 The adventures of Huon of Bordeaux have been perennial favorites since their first appearance in the thirteenth century as a French chanson de geste. Within decades there were spin-offs and a prequel. The story was reprinted, popularized, and translated from the sixteenth to the nineteenth century. It became a staple of children's literature as well as the basis for theatrical and operatic works. By the twentieth century, it had become the inspiration for fantasy writers.

Huon's adventures begin when he is summoned to Charlemagne's court, where he is attacked, betrayed, and banished to travel to the East. There he will have to perform impossible feats before he can return and reclaim his title as Duke of Bordeaux. Although courteous, Huon is a foolish young knight, and Charlemagne himself is portrayed as an old fool. But fortunately for Huon, mysterious forces, magical objects, and benevolent beings come to his aid against these evil powers and save him from his worst errors of judgment and hubris. Confonted by cruel and wicked Saracens and their smart and beautiful daughters, Huon negotiates the impossible and attains his ideal, both as a man and a knight.

Jones and Kibler's verse translation sings with grace, humor, and wit. For both teaching and for pure literary enjoyment, this first modern English translation of Huon of Bordeaux will be a major complement to the corpus of medieval French epic literature.

This feature require that you enable JavaScript in your browser.
END_OF_DOCUMENT_TOKEN_TO_BE_REPLACED

This feature require that you enable JavaScript in your browser.
END_OF_DOCUMENT_TOKEN_TO_BE_REPLACED

This feature require that you enable JavaScript in your browser.
END_OF_DOCUMENT_TOKEN_TO_BE_REPLACED