The Christian in Complete Armour (Hardcover) 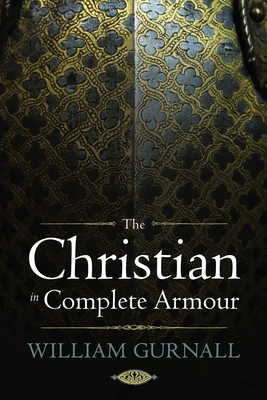 By William Gurnall
$39.95
Email or call for price.

Arguably the most significant spiritual and biblical theology ever penned from the English Puritan era, the presentation of William Gurnall's (1616-1679)The Christian in Complete Armour in an accessible single volume is certainly a landmark, and much welcomed, event.

According to the Apostle Paul, the world is at war. Not a hot war but a war in the realm of the spirit. This war, paul warns, requires special armament, and he explains that armament in Ephesians 6. Anglican cleric Gurnall began to explore Paul's exhortation in sermons and lectures, which he published under the title The Christian in Complete Armor. A perennial best-seller in Gurnall's own lifetime, these teachings became his legacy, influencing well over three centuries of Christians and eliciting praise from the likes of Richard Baxter, John Flaven, John Newton, Charles Spurgeon, Jonathan Edwards.

Historical theologians and Church Historians should benefit greatly from this volume, as should anyone who stands in the Reformed tradition. It sheds much light on the pre-critical puritan view of the world, as well as illuminating a subject matter both theologically and spiritually that us moderns either ignore or take for granted.

Please note: This edition contains two volumes in one, and the page count restarts halfway through.

William Gurnall (1617-1679) pastored in the little town of Lavenham, in the English county of Suffolk. Despite his Puritan leanings, Gurnall signed the Act of Uniformity and agreed to the dictates of the Church of England. Though not ejected from his pulpit as were other non-conformists, his position was not respected on either side of the conflict. His massive treatise on spiritual warfare and two small pieces--"The Christian's Labor and Reward" and "The Magistrate's Portrait Drawn from the Word"-- comprise all of Gurnall's known published works.

This feature require that you enable JavaScript in your browser.
END_OF_DOCUMENT_TOKEN_TO_BE_REPLACED

This feature require that you enable JavaScript in your browser.
END_OF_DOCUMENT_TOKEN_TO_BE_REPLACED

This feature require that you enable JavaScript in your browser.
END_OF_DOCUMENT_TOKEN_TO_BE_REPLACED