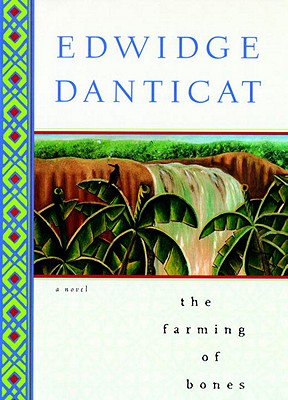 In a 1930s Dominican Republic village, the scream of a woman in labor rings out like the shot heard around Hispaniola. Every detail of the birth scene--the balance of power between the middle-aged Señora and her Haitian maid, the babies' skin color, not to mention which child is to survive--reverberates throughout Edwidge Danticat's Farming of Bones. In fact, rather than a celebration of fecundity, the unexpected double delivery gels into a metaphor for the military-sponsored mass murder of Haitian emigrants. As the Señora's doctor explains: "Many of us start out as twins in the belly and do away with the other."

But Danticat's powerful second novel is far from a currently modish victimization saga, and can hold its own with such modern classics as One Hundred Years of Solitude and The Color Purple. Its watchful narrator, the Señora's shy Haitian housemaid, describes herself as "one of those sea stones that sucks its colors inside and loses its translucence once it's taken out into the sun." An astute observer of human character, Amabelle Désir is also a conduit for the author's tart, poetic prose. Her lover, Sebastian, has "arms as wide as one of my bare thighs," while the Señora's complicit officer husband is "still shorter than the average man, even in his military boots."

The orphaned Amabelle comes to assume almost messianic proportions, but she is entirely fictional, as is the town of Alegría where the tale begins. The genocide and exodus, however, are factual. Indeed, the atrocities committed by Dominican president Rafael Trujillo's army back in 1937 rival those of Duvalier's Touton Macoutes. History has rendered Trujillo's carnage much less visible than Duvalier's, but no less painful. As Amabelle's father once told her, "Misery won't touch you gentle. It always leaves its thumbprints on you; sometimes it leaves them for others to see, sometimes for nobody but you to know of." Thanks to Danticat's stellar novel, the world will now know.

Edwidge Danticat was nominated for the National Book Award in 1995 for her story collection, "Krik? Krak!" Her first novel, "Breath, Eyes, Memory," was published to acclaim when she was twenty-five.

This feature require that you enable JavaScript in your browser.
END_OF_DOCUMENT_TOKEN_TO_BE_REPLACED

This feature require that you enable JavaScript in your browser.
END_OF_DOCUMENT_TOKEN_TO_BE_REPLACED

This feature require that you enable JavaScript in your browser.
END_OF_DOCUMENT_TOKEN_TO_BE_REPLACED