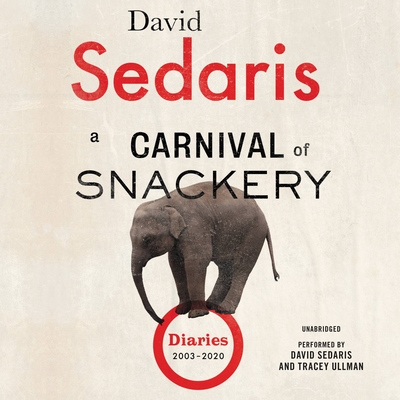 There’s no right way to keep a diary, but if there’s an entertaining way, David Sedaris seems to have mas­tered it.

If it’s navel-gazing you’re after, you’ve come to the wrong place; ditto treacly self-examination. Rather, his observations turn outward: a fight between two men on a bus, a fight between two men on the street, pedestrians being whacked over the head or gathering to watch as a man considers leap­ing to his death. There’s a dirty joke shared at a book signing, then a dirtier one told at a dinner party—lots of jokes here. Plenty of laughs.

These diaries remind you that you once really hated George W. Bush, and that not too long ago, Donald Trump was just a harm­less laughingstock, at least on French TV. Time marches on, and Sedaris, at his desk or on planes, in hotel dining rooms and odd Japanese inns, records it. The entries here reflect an ever-changing background—new administrations, new restrictions on speech and conduct. What you can say at the start of the book, you can’t by the end. At its best, A Carnival of Snackery is a sort of sampler: the bitter and the sweet. Some entries are just what you wanted. Others you might want to spit discreetly into a napkin.

David Sedaris is the author of eleven previous books, including, most recently, The Best of Me, Calypso and Theft by Finding. He is a regular contributor to The New Yorker and BBC Radio 4. In 2019, he was inducted into the American Academy of Arts and Letters. He is the recipient of the Thurber Prize for American Humor, Jonathan Swift International Literature Prize for Satire and Humor, and the Terry Southern Prize for Humor.

Praise for A Carnival of Snackery:

“Sedaris is a singularly talented humorist who lands acerbic zingers with the calculating precision of a kamikaze pilot… Throughout the colorful, caustic yarns that fill his best-selling essay and story collections, he’s maintained league-of-his-own status by staying light on his feet: Just when you’re expecting a wry jab, he clocks you with a poignant gut punch.”—Rachel Rosenblit, Washington Post

“Deeply satisfying… the diaries are as clear, direct and funny as his essays… [Sedaris] has such a gift for illuminating small things.”—Liana Finck, New York Times Book Review

“Uproarious… a must for Sedaris fans.”—Lesley Kennedy, CNN

Praise for Theft by Finding:

“Sedaris is no ordinary diarist. He’s more like a private detective, sneaking around and capturing his subjects in moments when they think no one is looking.”—Fiona Maazel, O, The Oprah Magazine

“Finding meaning and humor in life’s interstices… is Sedaris’s unique genius as a writer… What is fascinating about this book is that narrative coherence is not apparent from one sentence or paragraph to the next but emerges through the sequence of entries over many years.”—David Takami, Seattle Times

“Sedaris fans will thrill to this opportunity to poke around in the writer’s personal diaries, which he has faithfully kept for four decades and used as raw material for his hilarious nonfiction as well as his performances.”—Paul S. Makishima, Boston Globe

“Randomly open to any page and you’ll find a gem… Sedaris’s gift is to make you stop and think one moment and laugh out loud the next.”—Rob Merrill, Associated Press

This feature require that you enable JavaScript in your browser.
END_OF_DOCUMENT_TOKEN_TO_BE_REPLACED

This feature require that you enable JavaScript in your browser.
END_OF_DOCUMENT_TOKEN_TO_BE_REPLACED

This feature require that you enable JavaScript in your browser.
END_OF_DOCUMENT_TOKEN_TO_BE_REPLACED