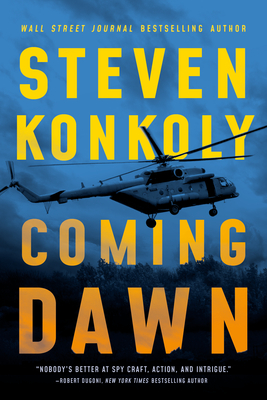 The dawn of an inconceivable act of treason rises. The stakes for America's future have never been higher than in a gripping novel of suspense by the Wall Street Journal bestselling author of Deep Sleep.

When CIA officer Helen Gray died, her son, Devin, a countersurveillance expert, inherited her paranoia--and the explosive evidence that gave it weight: a vast, previously undetected Russian sleeper network has operated in the United States since the Cold War.

The cells aren't just embedded in every level of state and federal government. They've penetrated corporations that supply crucial technology to the Department of Defense and various intelligence agencies. With the network's true scope still unknown, the only way to drive a stake through the heart of the conspiracy is to dispatch a covert crew to Moscow and eliminate the oligarch bankrolling it.

This feature require that you enable JavaScript in your browser.
END_OF_DOCUMENT_TOKEN_TO_BE_REPLACED

This feature require that you enable JavaScript in your browser.
END_OF_DOCUMENT_TOKEN_TO_BE_REPLACED

This feature require that you enable JavaScript in your browser.
END_OF_DOCUMENT_TOKEN_TO_BE_REPLACED