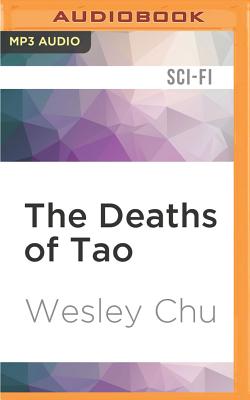 The sequel to The Lives of Tao. The Prophus and the Gengix are at war. For centuries they have sought a way off-planet, guiding humanity's social and technological development to the stage where space travel is possible. The end is now in sight, and both factions have plans to leave the Earth, but the Gengix method will mean the destruction of the human race. That's a price they're willing to pay. It's up to Roen and Tao to save the world. Oh, dear...

Wesley Chu was born in Taiwan and immigrated to Chicago, Illinois when he was just a pup. Wesley is an avid gamer and a contributing writer for the magazine Famous Monsters of Filmland. A former stunt man and a member of the SAG, he can also be seen in film and television playing roles such as "Banzai Chef" in Fred Claus and putting out Oscar worthy performances as a bank teller in Chicago Blackhawks commercials. Besides working as an Associate Vice President at a bank, he spends his time writing and hanging out with his wife Paula Kim and their Airedale Terrier, Eva.

This feature require that you enable JavaScript in your browser.
END_OF_DOCUMENT_TOKEN_TO_BE_REPLACED

This feature require that you enable JavaScript in your browser.
END_OF_DOCUMENT_TOKEN_TO_BE_REPLACED

This feature require that you enable JavaScript in your browser.
END_OF_DOCUMENT_TOKEN_TO_BE_REPLACED