Formula Seven: and Genesis of The New World Order (Paperback) 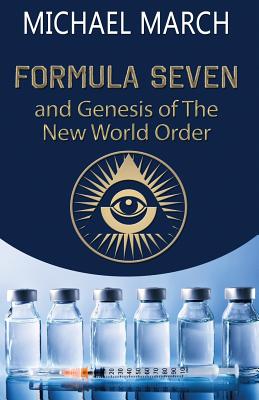 On an otherwise serene 1989, June night, FBI agents are hustling to load up two large tractor-trailers. Their cargo is unusual. It consists of heavy filing cabinets, laboratory equipment, and chattering chimpanzees. Their motivation is far from altruistic.

Their target of the operation is Doctor Cyrus Markum, a brilliant microbiologist. With the fortune bequeathed by his former life-partner, he's funded the research project that has created Formula Thirteen, the vaccine that will thwart the virus causing AIDS.

The Feds are far from enthused with his initiative. They dispatch their agents to eradicate any trace of the lifesaving antibodies and emasculate its creator. The pompous autocrats have gravely miscalculated. They've unleashed a ravenous lion.

Doctor Markum chooses Daniel Dundee, a televangelist, as the pivot point in his blueprint of retribution and convinces the Bavarian Illuminati that the time has arrived for their all-encompassing revolution. The TV broadcast of the "New Age Messiah's" assassination will be the tipping point for the scheme, which will cause a chain reaction that will lead to the New World Order's absolute planetary domination.

The Doctor's enterprise is expansive and ingenious, but the Illuminati's Trilateral Commission has a strategy of their own.

Author_Bio: Born in Brooklyn, Michael studied industrial engineering at the Fashion Institute of Technology in Manhattan. Preferring the exploding music scene, he left to find his way in the world of Rock n' Roll. Uncle Sam had a much better idea. He insisted that Michael become all that he could be and enter the military. He served with the Eleventh Armored Cavalry Regiment in Vietnam from July 1967 to July 1968.

After his discharge, he circumnavigated America, seeking to uncover the soul of society and discover his own. Eventually wending his way home, he semi-normalized and raised a family. Taking his leave from the corporate world seven years ago, Michael moved to Atlanta and fell in love with the city and the craft of storytelling. His first book, Each One a Hero, a fictionalized autobiography of his time spent in a misunderstood and unpopular war, was published by Hellgate Press in 2016.

This feature require that you enable JavaScript in your browser.
END_OF_DOCUMENT_TOKEN_TO_BE_REPLACED

This feature require that you enable JavaScript in your browser.
END_OF_DOCUMENT_TOKEN_TO_BE_REPLACED

This feature require that you enable JavaScript in your browser.
END_OF_DOCUMENT_TOKEN_TO_BE_REPLACED