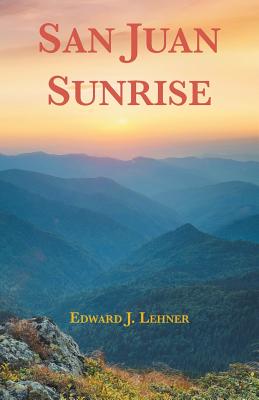 Jenny was raised, along with her twin brother, in a commune in northern California. Her life there had become a living nightmare from parental neglect and abuse, as well as bullying from her peers. A surprise birthday gift from her grandparents for her eighteenth birthday gave her the ability to run away. She managed to get to her grandparents in Denver who nurtured her and helped her earn her college degree. She moved to southwest Colorado after she graduated, and became a recluse, not trusting that anyone she might meet would not try to torment her as she had been in her childhood. She chose to live her life in isolation from human contact and did so for the next two years: summers of living out of a backpack in the San Juan Mountains and winters spent in a secluded cabin north of Durango. She spent her time exploring the mountain wilderness, reading books, and working on becoming a writer. Her only social interactions during this time of self-imposed seclusion were with the few people she encountered when she had to purchase supplies. Hiking down from the mountains for winter, she has a chance encounter with an older man on whose property she wants to camp for a night. A surprise early snowstorm strands her with this man for the duration and sets in motion a series of events that will lead her on adventures of self discovery that move her from the shadows of her past.

This feature require that you enable JavaScript in your browser.
END_OF_DOCUMENT_TOKEN_TO_BE_REPLACED

This feature require that you enable JavaScript in your browser.
END_OF_DOCUMENT_TOKEN_TO_BE_REPLACED

This feature require that you enable JavaScript in your browser.
END_OF_DOCUMENT_TOKEN_TO_BE_REPLACED