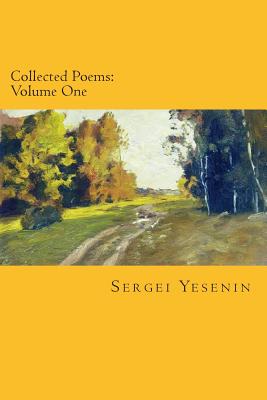 Sergey Yesenin was born in Konstantinovo in the Ryazan Province of the Russian Empire to a peasant family. He spent most of his childhood with his grandparents, who essentially reared him. He began to write poetry at the age of nine. In 1912, Esenin moved to Moscow, where he supported himself working as a proofreader in a printing company. The following year he enrolled in Moscow Shanyavsky University as an external student and studied there for a year and a half. His early poetry was inspired by Russian folklore. In 1915, he moved to Petrograd, where he became acquainted with fellow-poets Alexander Blok, Sergey Gorodetsky, Nikolai Klyuev and Andrei Bely and became well known in literary circles. Blok was especially helpful in promoting Yesenin's early career as a poet. Yesenin said that Bely gave him the meaning of form while Blok and Klyuev taught him lyricism. Check out our other books at www.dogstailbooks.co.uk.

This feature require that you enable JavaScript in your browser.
END_OF_DOCUMENT_TOKEN_TO_BE_REPLACED

This feature require that you enable JavaScript in your browser.
END_OF_DOCUMENT_TOKEN_TO_BE_REPLACED

This feature require that you enable JavaScript in your browser.
END_OF_DOCUMENT_TOKEN_TO_BE_REPLACED