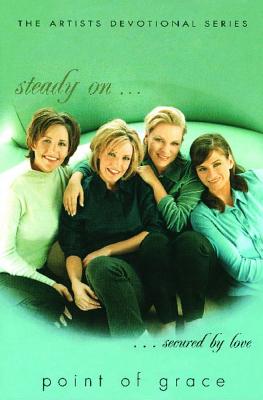 The music of Point Of Grace has reached millions of hearts. Their concerts are consistently sold out; their audience grows every year. Now, in this beautiful devotional book, they reveal more of their personal faith, insights, struggles, and relationship with the God who has given them their talents and their dynamic ministry.

Using the lyrics from their most popular songs, along with selections from their newest Word Record release, these four tremendously talented women -- Denise, Shelley, Heather, and Terry -- take readers on a quest to grow closer to the Savior and firmer in the faith. They draw on their own vast experiences, discoveries, disappointments, and heartaches to display God as the Father, Friend, Savior, and Lord who loves us and longs to be close to us every day.

Point Of Grace, the multiple Dove Award–winning, Gold and Platinum-selling vocal group, has been sharing their faith through song for more thanten years. The popular group has twenty-one consecutive #1 hit singles and multiple Grammy nominations to its credit. Called the "hottest" group in Christian music by the New York Times Magazine, Point of Grace has influenced multiple thousands of teen girls through concert and tour performances.

This feature require that you enable JavaScript in your browser.
END_OF_DOCUMENT_TOKEN_TO_BE_REPLACED

This feature require that you enable JavaScript in your browser.
END_OF_DOCUMENT_TOKEN_TO_BE_REPLACED

This feature require that you enable JavaScript in your browser.
END_OF_DOCUMENT_TOKEN_TO_BE_REPLACED