The Call of Cthulhu: With a Dedication by George Henry Weiss (Paperback) 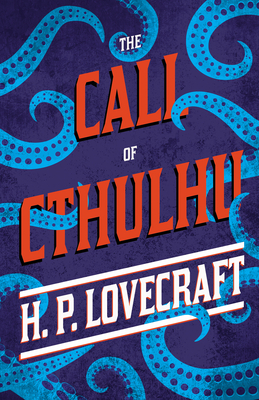 First published in 1928, Lovecraft's "The Call of Cthulhu" is his most well-known and celebrated work of supernatural horror fiction. Whilst going through some notes left behind by his grand-uncle and renowned Professor of Semitic languages, narrator Francis Thurston stumbles across evidence related to the existence of a cult that worships an ancient god. As he follows the nightmarish connections made by his deceased ancestor, he begins to realise the horror and madness that is about to be unleashed upon the world. A fantastic fusion of supernaturalism and science fiction not to be missed by lovers of chilling tales. Howard Phillips Lovecraft (1890-1937) was an American writer of supernatural horror fiction. Though his works remained largely unknown and did not furnish him with a decent living, Lovecraft is today considered to be among the most significant writers of supernatural horror fiction of the twentieth century. Other notable works by this author include: "At the Mountains of Madness", "The Rats in the Walls", and "The Shadow Over Innsmouth". Read & Co. is publishing this classic short story now as part of our "Fantasy and Horror Classics" imprint in a new edition with a dedication by George Henry Weiss.

This feature require that you enable JavaScript in your browser.
END_OF_DOCUMENT_TOKEN_TO_BE_REPLACED

This feature require that you enable JavaScript in your browser.
END_OF_DOCUMENT_TOKEN_TO_BE_REPLACED

This feature require that you enable JavaScript in your browser.
END_OF_DOCUMENT_TOKEN_TO_BE_REPLACED