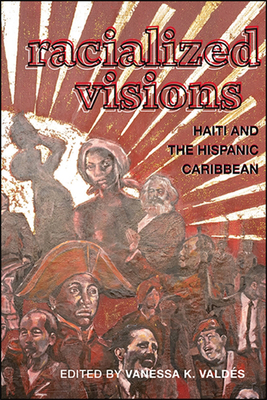 As a Francophone nation, Haiti is seldom studied in conjunction with its Spanish-speaking Caribbean neighbors. Racialized Visions challenges the notion that linguistic difference has kept the populations of these countries apart, instead highlighting ongoing exchanges between their writers, artists, and thinkers. Centering Haiti in this conversation also makes explicit the role that race--and, more specifically, anti-blackness--has played both in the region and in academic studies of it. Following the Revolution and Independence in 1804, Haiti was conflated with blackness. Spanish colonial powers used racist representations of Haiti to threaten their holdings in the Atlantic Ocean. In the years since, white elites in Cuba, the Dominican Republic, and Puerto Rico upheld Haiti as a symbol of barbarism and savagery. Racialized Visions powerfully refutes this symbolism. Across twelve essays, contributors demonstrate how cultural producers in these countries have resignified Haiti to mean liberation. An introduction and conclusion by the editor, Vanessa K. Vald's, as well as foreword by Myriam J. A. Chancy, provide valuable historical context and an overview of Afro-Latinx studies and its futures.

This feature require that you enable JavaScript in your browser.
END_OF_DOCUMENT_TOKEN_TO_BE_REPLACED

This feature require that you enable JavaScript in your browser.
END_OF_DOCUMENT_TOKEN_TO_BE_REPLACED

This feature require that you enable JavaScript in your browser.
END_OF_DOCUMENT_TOKEN_TO_BE_REPLACED