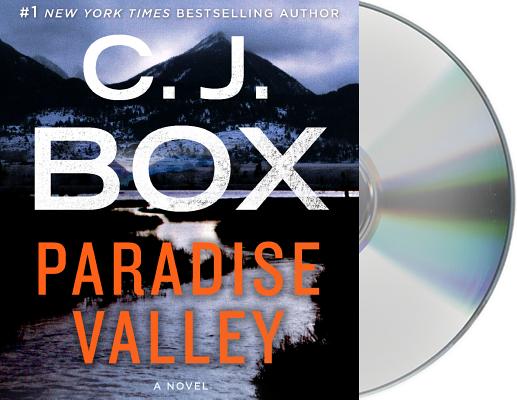 By C.J. Box, Christina Delaine (Read by)
Email or call for price and availability
Backordered

This is book number 4 in the Highway Quartet series.

"Christina Delaine delivers a thrilling performance of this high-stakes hunt for a killer...Notably, Delaine's sensitive portrayal of a young man with a speech impediment adds emotional depth, while her depiction of the elusive Lizard King generates chills." — AudioFile Magazine

She almost caught him once. Now, he’s back.

For three years, Investigator Cassie Dewell has been on a hunt for a serial killer known as the Lizard King whose hunting grounds are the highways and truck stops where runaways and prostitutes are most likely to vanish. Cassie almost caught him...once.

Working for the Bakken County, North Dakota sheriff's department, Cassie has set what she believes is the perfect trap and she has lured him and his truck to a depot. But the plan goes horribly wrong, and the blame falls on Cassie. Disgraced, she loses her job and investigation into her role is put into motion.

At the same time, Kyle Westergaard, a troubled kid whom Cassie has taken under her wing, has disappeared after telling people that he’s going off on a long-planned adventure. Kyle's grandmother begs Cassie to find him and, with nothing else to do, Cassie agrees—all the while hunting the truck driver.

Now Cassie is a lone wolf. And in the same way that two streams converge into a river, Kyle's disappearance may have a more sinister meaning than anyone realizes. With no allies, no support, and only her own wits to rely on, Cassie must take down a killer who is as ruthless as he is cunning. But can she do it alone, without losing her own humanity or her own life?

C.J. Box is the author of more than a dozen novels including the award-winning Joe Pickett series. He’s the winner of the Anthony Award, Prix Calibre 38 (France), the Macavity Award, the Gumshoe Award, the Barry Award, and an Edgar Award and L.A. Times Book Prize finalist. Open Season was a 2001 New York Times Notable Book. Box lives with his family outside of Cheyenne, Wyoming.

Christina Delaine is a SOVAS Voice Arts Award and multiple AudioFile Earphones Award-winning narrator who has recorded over 100 audiobooks. She is also an Audie Award nominee. An accomplished stage and voice actor, Delaine has appeared on stages across the country and has voiced scores of commercials and video games.

This feature require that you enable JavaScript in your browser.
END_OF_DOCUMENT_TOKEN_TO_BE_REPLACED

This feature require that you enable JavaScript in your browser.
END_OF_DOCUMENT_TOKEN_TO_BE_REPLACED

This feature require that you enable JavaScript in your browser.
END_OF_DOCUMENT_TOKEN_TO_BE_REPLACED