Institutes of the Christian Religion (Paperback) 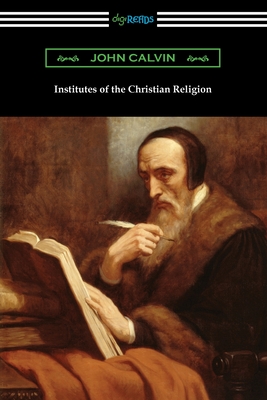 "Institutes of the Christian Religion" is the world-changing book of Christian theology by John Calvin, the French pastor, reformer, and theologian. First published in Latin in 1536 and French in 1541, Calvin wrote the book to defend and support his fellow reformers and critics of the Catholic Church, who were facing persecution and death during the Protestant Reformation in Europe. Calvin's work was met with much support and he became an increasingly popular figure in the Protestant Reformation, which envisioned a Christian religion independent from the doctrine and control of Rome. Calvin continued to expand on his ideas and further define what this new church would look like with several new, longer editions of the "Institutes" published over the next twenty years. The authoritative edition was published by Calvin in 1559 and remains widely read and studied the world over. Calvin's influential work is both an introductory text for those new to the Protestant religion and a spirited attack against the teachings of the Roman Catholic Church. Calvin helped create a new theology that placed absolute importance on the sovereignty of God in matters of salvation and justified its doctrine by faith alone. The "Institutes" remains an important read for students of theology and Western history. This edition is printed on premium acid-free paper and follows the translation of John Allen.

This feature require that you enable JavaScript in your browser.
END_OF_DOCUMENT_TOKEN_TO_BE_REPLACED

This feature require that you enable JavaScript in your browser.
END_OF_DOCUMENT_TOKEN_TO_BE_REPLACED

This feature require that you enable JavaScript in your browser.
END_OF_DOCUMENT_TOKEN_TO_BE_REPLACED