The Metamorphosis: The Illustrated Edition (Paperback) 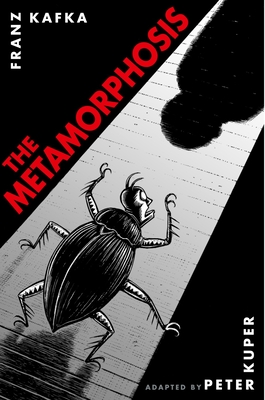 A stunning graphic novel adaptation of Franz Kafka’s famous story of a man who finds himself transformed into a monstrous cockroach.

Peter Kuper’s work has appeared in Time, Esquire, The New Yorker, and the New York Times, among others. He’s the author and illustrator of several books, including Give It Up!, a collection of Kafka stories.

“The ride from book to comic can be bumpy. Mr. Kuper navigates the transition with precision.”—The New York Times

“Bubbling beneath the surface is a caustic batch of black humor that is as much unsettling as it is absurd. This is the magic of Kafka. And Kuper gives it a postmodern edge here, with an intriguing dance of picture and text.”—Gannett News Service

This feature require that you enable JavaScript in your browser.
END_OF_DOCUMENT_TOKEN_TO_BE_REPLACED

This feature require that you enable JavaScript in your browser.
END_OF_DOCUMENT_TOKEN_TO_BE_REPLACED

This feature require that you enable JavaScript in your browser.
END_OF_DOCUMENT_TOKEN_TO_BE_REPLACED