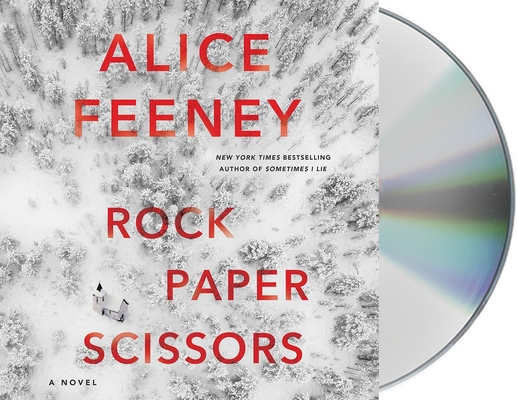 By Alice Feeney, Richard Armitage (Read by), Stephanie Racine (Read by)
$39.99
Email or call for price

Think you know the person you married? Think again…

Things have been wrong with Mr and Mrs Wright for a long time. When Adam and Amelia win a weekend away to Scotland, it might be just what their marriage needs. Self-confessed workaholic and screenwriter Adam Wright has lived with face blindness his whole life. He can’t recognize friends or family, or even his own wife.

Every anniversary the couple exchange traditional gifts – paper, cotton, pottery, tin – and each year Adam’s wife writes him a letter that she never lets him read. Until now. They both know this weekend will make or break their marriage, but they didn’t randomly win this trip. One of them is lying, and someone doesn’t want them to live happily ever after.

ALICE FEENEY is the New York Times bestselling author of Sometimes I Lie, I Know Who You Are, His & Hers, and Rock Paper Scissors. Her novels have been translated into over twenty-five languages and have been optioned for major screen adaptations. Alice was a BBC journalist for fifteen years and now lives in the Devon countryside with her family. Daisy Darker is her fifth novel.

This feature require that you enable JavaScript in your browser.
END_OF_DOCUMENT_TOKEN_TO_BE_REPLACED

This feature require that you enable JavaScript in your browser.
END_OF_DOCUMENT_TOKEN_TO_BE_REPLACED

This feature require that you enable JavaScript in your browser.
END_OF_DOCUMENT_TOKEN_TO_BE_REPLACED