As I Ascend (Paperback) 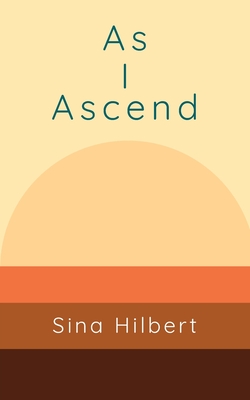 As I Ascend is an unforgettable collection of poems about love, race, and all things in between from Sina Hilbert in her book debut.

In As I Ascend, Sina not only gives readers an intimate, unfiltered look into her own experiences with romantic love and heartbreak; she also explores self-love and love for her culture - Black culture. She examines the lunacy of what it means to be Black in America in the poem "The Evolution of Woke" while also celebrating the unmatched characteristics of her people in poems such as "Sunflowers" and "Superheroes".

Succinct, refreshing and provocative, the poems in As I Ascend penetrate the heart, unlock the mind, and nourish the soul.

This feature require that you enable JavaScript in your browser.
END_OF_DOCUMENT_TOKEN_TO_BE_REPLACED

This feature require that you enable JavaScript in your browser.
END_OF_DOCUMENT_TOKEN_TO_BE_REPLACED

This feature require that you enable JavaScript in your browser.
END_OF_DOCUMENT_TOKEN_TO_BE_REPLACED