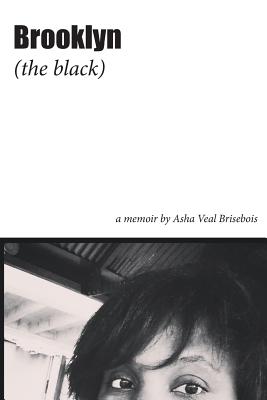 The writer Asha Veal Brisebois created Brooklyn (the black) as part of a memoir, intending to release the full work in multiple formats at later dates. This is a collection of selections of her work, written from 2005 through 2007, and 2014. Veal Brisebois' published work on other projects has been acquired in libraries and collections including the George Gustav Heye Center at the Smithsonian Institution's National Museum of the American Indian, University of Toronto Libraries, Museum Volkenkunde (Leiden, Netherlands), and others. Her work in creative nonfiction has been published by Brooklyn-based Slice Literary, among others. Asha was born in Northern California. In the 1940s/1950s both sets of her grandparents sought a new life and drove from Texas to Southern California during the Second Great Migration.

This feature require that you enable JavaScript in your browser.
END_OF_DOCUMENT_TOKEN_TO_BE_REPLACED

This feature require that you enable JavaScript in your browser.
END_OF_DOCUMENT_TOKEN_TO_BE_REPLACED

This feature require that you enable JavaScript in your browser.
END_OF_DOCUMENT_TOKEN_TO_BE_REPLACED