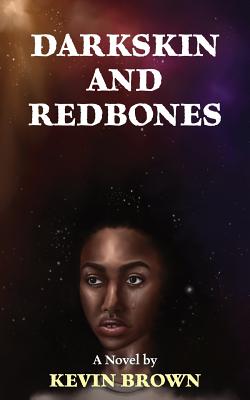 "You so black..." repeated over and over in Mahogany Brown's mind like the chorus to a sad song, killing her soul, softly.

"You so black..." is how the joke begins. When the joke ends, laughter, teasing and bullying follows. Not to mention getting dumped by her then boyfriend, Tafari, in favor of Malikah, the redbone goddess that all the boys worship. From that point on, Mahogany despises the dark brown skin she's in. With her self-esteem low and her self-hatred high, Mahogany meets a charming corner thug named Makai.

Mahogany's attraction to Makai is more than just the idea of being the girlfriend of a thug that she often day-dreams about and immortalizes on her drawing pad. It's the freedom he offers. Freedom from feeling ugly and unwanted. Freedom from being sheltered from the street life. But with freedom, comes a price.

Soon, Makai's true intentions are revealed and Mahogany has a choice to make. Will Mahogany choose Makai or her family? Her new friend, Karisma, or her morals? Will she get revenge on Malikah for stealing her man? The wrong choice can mean the end of the life as Mahogany knows it.

This feature require that you enable JavaScript in your browser.
END_OF_DOCUMENT_TOKEN_TO_BE_REPLACED

This feature require that you enable JavaScript in your browser.
END_OF_DOCUMENT_TOKEN_TO_BE_REPLACED

This feature require that you enable JavaScript in your browser.
END_OF_DOCUMENT_TOKEN_TO_BE_REPLACED